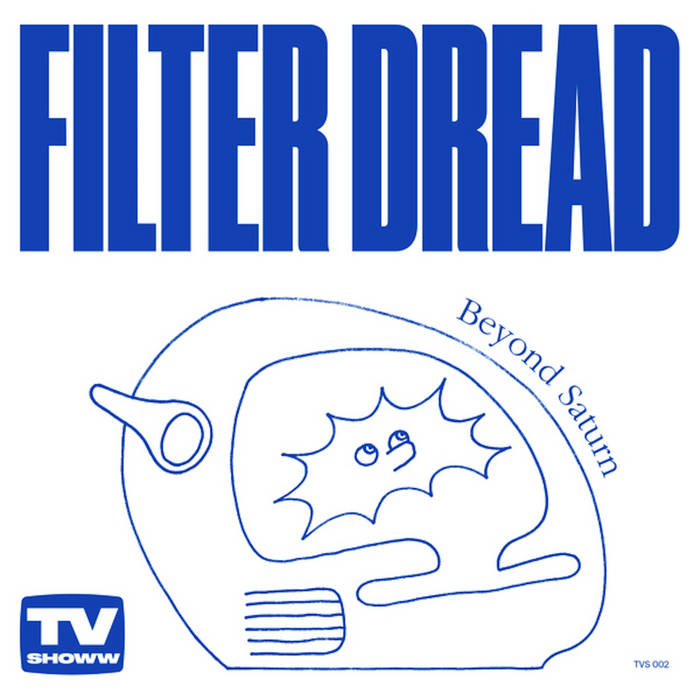 The rave explorer is back and presenting his latest findings via Parisian imprint ‘TV Showw’. An eight track deconstruction and re-tooling of classic club signs & signifiers, pieced together and crunched through his head-mangling signal chain, the way only he can.

Ever since his debut album on NoCorner a few years back he’s been developing his sound, and this is some of his finest to date –
complex, but not over-complicated rhythmic patterns meet with a supremely saturated production value that nods towards hardcore & junglist sampling techniques, as well as the raw & direct arrangements of grime & dubstep.

‘Inspired by rave culture, street art and underground narratives, Filter Dread began making music when his dad bought him a copy of Cubase. He quickly started analysing the sounds of hardcore jungle drum and bass at the illegal raves on the outskirts of his hometown. He eventually found himself moving to London where he began frequenting the dubstep raves, as well as the techno and ambient drone events that were appearing. His productions are a continuation of the sounds he has experienced along these routes.

Having actively put out music since 2012, Dread’s released tracks through NoCorner, Lost Codes (PAN sublabel), Egyptian Avenue, UK Trends, Ramp, Unknown to the Unknown and Red for Colour Blind. He also has a regular DJ show on the excellent London station Radar Radio.’

Bandcamp Daily  your guide to the world of Bandcamp